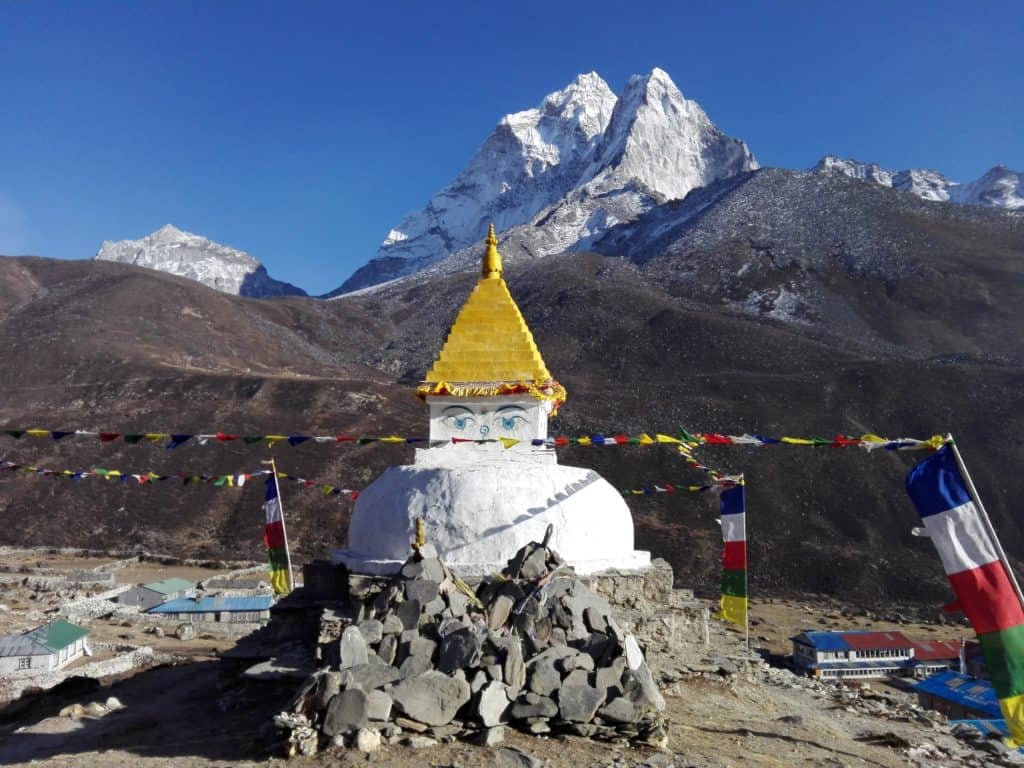 Trekking in Nepal is the best adventure of a lifetime so many people want to trek in Nepal in Autumn, also known as fall in some parts of the world, which is a transitional season between summer and winter. Possessing goodness in both summer and winter, autumn is arguably the best time of the 4 seasons for trekking in Nepal. Characterized by Shedding leaves from deciduous trees, Shorter daylight hour, and Cooler weather, it is also a time of festivities around the world, and Nepal is no different. In the Northern Hemisphere, including Nepal, autumn more or less spreads between mid-September and mid-November the best time to trek in Nepal.

Nepal is a popular destination among trekkers and mountaineers. Trekkers and mountaineers from around the world travel to Nepal all four seasons to witness the majestic Himalayas. Spring and autumn are considered the best time to trek in Nepal as the weather is mild and the sky clearer making the trip more enjoyable and likely to provide a better view of the Mountains.

But Nepal is not just home to the highest peaks in the world, it is also one of the most culturally rich countries in the world. With hundreds of ethnic groups residing all over Nepal each with its own unique culture, festivities are plentiful.  Dashain and Tihar are the grandest and longest festival in Nepal and coincidentally they also fall in autumn. Dashain, also known as Vijayadashami, marks the victory of Truth over falsehood. Families get together for celebration, they get blessings from elders, put on new clothes, fly kites, play swings, and worship different avatars of goddess Durga.

Tihar, also known as Deepawali and Diwali, comes two weeks later. Tihar is also known as the festival of lights because all devotees decorate their homes with lights both electric and butter lamps. It is equally exuberant if not more. During the 5 days of Tihar, devotees worship crow, Dog, Goddess Laxmi, Cow, and Brothers.

Right after Tihar comes Chhath. Chhath is a festival native to residents of Terai. It involves worshipping the Sun God and his wife Chhatimaiya and offering them sweets and fruits. Devotees bathe in the nearest river, lake, or pond. They fast and remain immersed in water during sunrise and sunset. Fasting comes to an end after offering Argha to the rising sun on the final day.

Late October marks harvesting time for Nepali farmers. If everything had gone well, by mid-October Paddy fields are ready for harvest. Grains are yellowish-brown and drooped down as they are heavy on top. Unlike farmers in the west, Most Nepali farmers still use basic hand tools to harvest paddy fields instead of harvester machines. They work relentlessly in the field from dawn till dusk and in a matter of weeks, all the stalks are taken off the field. Next, those stalks are bundled and sent to a processing station where Grain seeds are separated from the stalks. Then seeds are left to dry for a few hours. After the drying process, they are threshed to remove husks. It can be an amazing experience to learn how rice comes from the paddy field to one’s plate.

Nepal’s weather generally remains cool throughout the year in the hills. Winters are extremely cold in the mountains and summers can get scorching hot in the Terai region. Autumn, however, marks the period when the weather is pleasant all over Nepal.  The temperature starts cooling down and gradually the amount of precipitation also decreases.
According to  National Oceanic and Atmospheric Administration (NOAA), the Average temperatures of Kathmandu in September, October, and November are 28º C, 26º C, and 23º C on the maximum side, and 19º C, 14º C, 8º C on the minimum side respectively. Kathmandu falls in the hilly area of Nepal if you move up the altitude temperature can drop further and if you move down the altitude temperature can be warmer.
Rainfall can still be heavy in early September as sometimes monsoon can prolong however towards the beginning of November, the likelihood of heavy rainfall is minimal. Skies are usually clear but sometimes altocumulus clouds may form. Sunshine makes the days warm and cozy.

Granting the best of both summer and winter, autumn certainly is the best time to travel to Nepal for adventure sports including trekking, hiking, mountain climbing, etc. And even if you are not cut out for strenuous activities, you can still come and enjoy the Nepali festivals like Dashain, Tihar, and Chhath which are the grandest festivals of Nepal during autumn.

Which is the best time for Trekking in Nepal? It is a Shorter daylight hour and Cooler weather, as fall in some parts of the world is a transitional season.

Hike to Everest
How to Safely Travel in Nepal