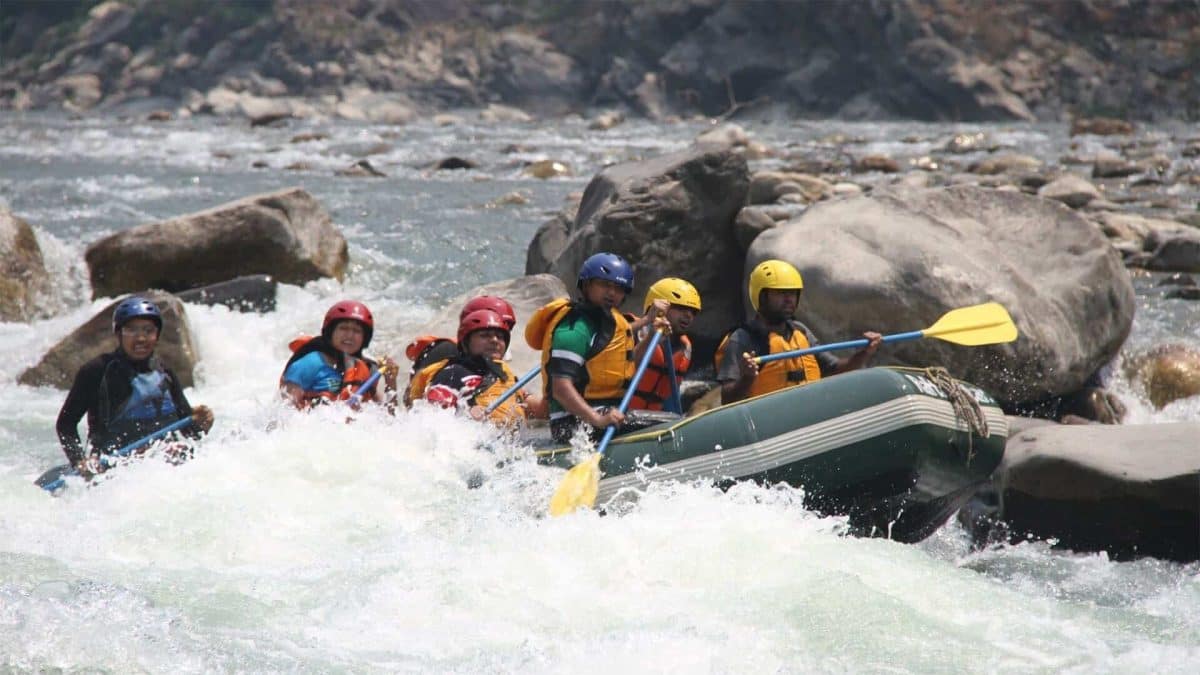 River rafting is obviously one of the best possible ways to explore any particular cross-section of both ethnocultural and natural heritages found in different areas of Nepal. This is obviously one of the beautiful lands located in the central part of Asia, which is blessed with countless fast-flowing and watery rivers, which move in a downward direction from the Himalayan Mountains. Whipping down via many rushing rivers while passing through swirling moves and crashing waves would obviously give you enjoyment with river rafting in Nepal and in turn an exciting experience on your trip.

Reasons to Enjoy Rafting in Nepal

Rafting through the river acts as a fascinating way to acquire knowledge about the entire country. The reason for this is that rivers flow from a few of the enchanting landscapes, which further include terraced hillsides, snow-covered mountains, lush yet green regions, sparkling waterfalls, and many villages, where people follow the traditions of Nepal. In addition, rafting lets you glide over the calm and jade-green type of water with excellent sceneries and even rush from roaring rapids under the supervision of professional river guides in the area.

Rafting Spots in the Country

Along with powerful mountain peaks, the country of Nepal has large numbers of rivers to explore. These rivers remained open to enjoy rafting in Nepal. These include varieties of enchanting or exciting sports performed in Arun, Tamur, Liku, Dudh Koshi, Sunkoshi, Tamakoshi, and the famous Indravati found in the river system of Koshi belonging to the eastern region of Nepal. In addition, you will come across a few other rivers named Trishuli, Kaligandaki, Marsyangdi, Budi Gandaki, Seti Made, Bhote Koshi, and Daraundi, all of which come under the river system of Gandaki are highly sought rafting spots available for tourists of Nepal.

Best Time to Enjoy Rafting in Rivers in Nepal

According to experienced tourists, the best time for rafting in Nepal starts in the month of October and continues up to the middle of December. In addition, you may also enjoy rafting in the rivers of Nepal from the beginning of March up to the end of May. During the rainy season between June and the middle of August, both local area people and guides found the white water region somewhat dangerous, because of which rafting remains banned during that period. However, one can also go rafting in various 3rd-grade rivers, like River Seti and River Trishuli. In conclusion, Nepal gives the ultimate rafting enjoyment to travelers across the world.